Which Country Own Call of Duty? Who Owner & CEO of COD?

Which Country Own Call of Duty, And Who Is Its Owner/CEO?

Call of duty is a first-person shooter video game that showcased the World War II sceneries during its early years. Later, the game arena is set in the center of the futuristic worlds, virtual outer space darkness, and cold wars.

If you are a Call of Duty lover, then your entire schedule must comprise winning battles. But have you ever wondered who the mastermind behind the legendary Call of Duty series is? If you play the game frequently, then I’m sure you must have!

Here in this write-up, you will learn the behind-story details of the fabled COD.

Which Country Does Call of Duty Belong To?

America is the country that owns Call of Duty. The game’s developers and publishers also belong to America. Call of Duty was officially developed by Infinity Ward and published by Activision in 2003.

The developer, Infinity Ward, is a famous American video game developer. The publisher of the game, Activision, is an American-known video-game publisher in Santa Monica, California.

Curious about who made PUBG? This post is for you!

Which Company Made Call of Duty?

Call of Duty is a first-person Shooter MOBA game. Infinity ward is an American company that developed the game and later became partners with more developers for the ongoing series session.

Activision is an American company that officially published Call of Duty in 2003.

Who Is The Owner/CEO of Call of Duty?

Robert A. Kotick is the Chief Executive Officer of the American publisher Activision Blizzard. 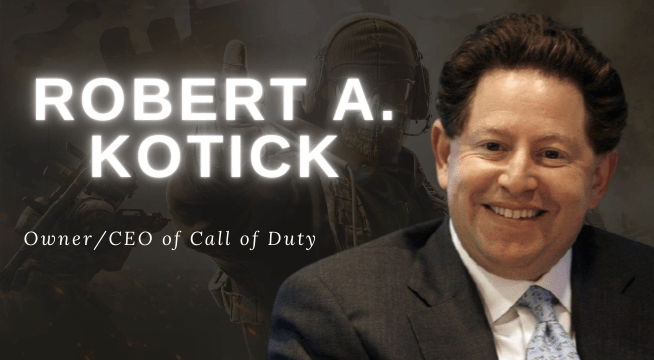 As the game Call of Duty is under Activision, Robert A. Kotick is officially considered the CEO and owner of the COD series.

Who Is Robert A. Kotick?

Robert A. Kotick, also known as Bobby Kotick, is an American businessperson. He is currently doing his duty as the Chief Executive Officer of Activision.

During the early years of his career, he was the head of many tech firms. He became the Activision owner in 1991 after purchasing its stake in 1990 and is now the CEO of the Call of Duty series.

You won’t believe who is the legend behind Apex Legends.

Thank you for landing on this post and enjoying our stuff. We hope this information has helped you get what you were looking for all this time. If we have missed anything, let us know in the comments below.